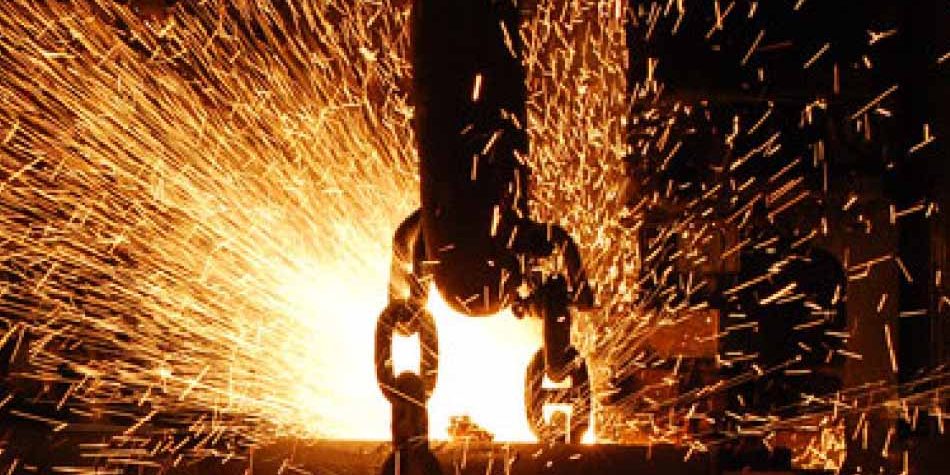 A text modified from Offshore magazine

Spanish Vicinay Mooring Connectors, one of the world’s longest-established anchor chain groups, has made tremendous strides in modifying the chain grades to keep up with the industry’s widespread shift to deeper water operations.

According to the company’s history, in the late 1980s, Vicinay Mooring Connectors branched into the studless chain. Its first application was theWest Vision semisubmersible in the Norwegian North Sea which is still in operation today. In a conventional stud link chain, the studs have a tendency to work loose over time, putting long-term performance at risk.

However, the result of working with a studless chain is that the incidence of fatigue-induced, premature fractures is low, in turn lessening inspection requirements. Other advantages include lower weight, better elasticity, and only a modest risk of corrosion, compared to stud link.

In the following years, in the mid-1990s, the company next introduced the Variable Geometry and Weight (VGW) chain. Vicinay’s goal was to design the VGW to offer greater flexibility to mooring system designers. The basic idea is to produce tailor-made chains, studded or studless, that allow the moorings to be configured to suit the confines of a particular project. Typical scenarios include:

Vicinay’s specialists in Bilbao, together with some mooring designers, work closely to evaluate options available for each project. This collaboration extends to subsequent manufacturing and certification of the produced chain. Golar-Nor was one of the first clients to accept this approach.

As drilling and production move into increasingly deeper waters, the mooring designer must cater for longer line lengths in numerous ways. These include, among other things, increasing chain link sizes to withstand mechanical stresses, widening the corrosion margin, and extending fatigue life. These demands are liable to pile weight onto mooring systems comprising chains of conventional link sizes or grades. The net result can be an increased payload on the floating rig or platform, and therefore increased construction costs.

Five years ago, Vicinay anticipated these problems and started developing alternative chains graded R4S and R4S+, based on its experience formulating Grade 4. As a starting point, the company experimented with the chemical composition used in Grade 4 steel, working to improve its characteristics without degrading its durability or corrosion resistance.

Under these conditions, the predicted chain fatigue life would be 163,592 cycles, according to API RP2SK March 1997, and the figure should be 172,610 cycles, according to DNV OSE301 Position Mooring June 2001. The actual result Vicinay obtained from a test on three R4S+ links last November in Bilbao was 1,575,250 cycles.

Vicinay says that because of these characteristics, R4S and R4S+ can offer reduced chain weight (around 16-17% in R4S+) through decreasing the diameter without impacting resistance, improved tensile homogeneity, and increased abrasion resistance. The company is currently supplying 2,100 tonnes of R4S+ studless chain in 127- and 117-mm diameters for Atlantia Offshore’s Independence Hub semisubmersible platform in Mississippi Canyon block 920 in the Gulf of Mexico.

Types of chain in Vicinay Mooring Connectors
19 julio, 2021
Entradas recientes
Comentarios recientes
Archivos
Categorías
Meta
Ir a Tienda
We use cookies on this website to offer you the best experience remembering your preferences and repeated visits. Press “OK” to give us your consent and use all cookies.
Settingmore info Accept Reject
Cookies & Privacy Policy

This website uses cookies to improve your experience while you navigate through the website. Out of these cookies, the cookies that are categorized as necessary are stored on your browser as they are essential for the working of basic functionalities of the website. We also use third-party cookies that help us analyze and understand how you use this website. These cookies will be stored in your browser only with your consent. You also have the option to opt-out of these cookies. But opting out of some of these cookies may have an effect on your browsing experience.
Necessary Siempre activado
Necessary cookies are absolutely essential for the website to function properly. This category only includes cookies that guarantee basic functionality and security features of the website. These cookies do not store any personal information.
Non-necessary
Google Analytics or other cookies that may not be particularly necessary for the website to function and are specifically used to collect personal data from the user through analytics, advertisements and other embedded content are called non-necessary cookies. It is mandatory to obtain the user’s consent before setting these cookies on your website.
Functional
Functional cookies help to perform certain functionalities like sharing the content of the website on social media platforms, collect feedbacks, and other third-party features.
Performance
Performance cookies are used to understand and analyze the key performance indexes of the website which helps in delivering a better user experience for the visitors.
Analytics
Analytical cookies are used to understand how visitors interact with the website. These cookies help provide information on metrics the number of visitors, bounce rate, traffic source, etc.
Advertisement
Advertisement cookies are used to provide visitors with relevant ads and marketing campaigns. These cookies track visitors across websites and collect information to provide customized ads.
Others
Other uncategorized cookies are those that are being analyzed and have not been classified into a category as yet.
GUARDAR Y ACEPTAR
Funciona con